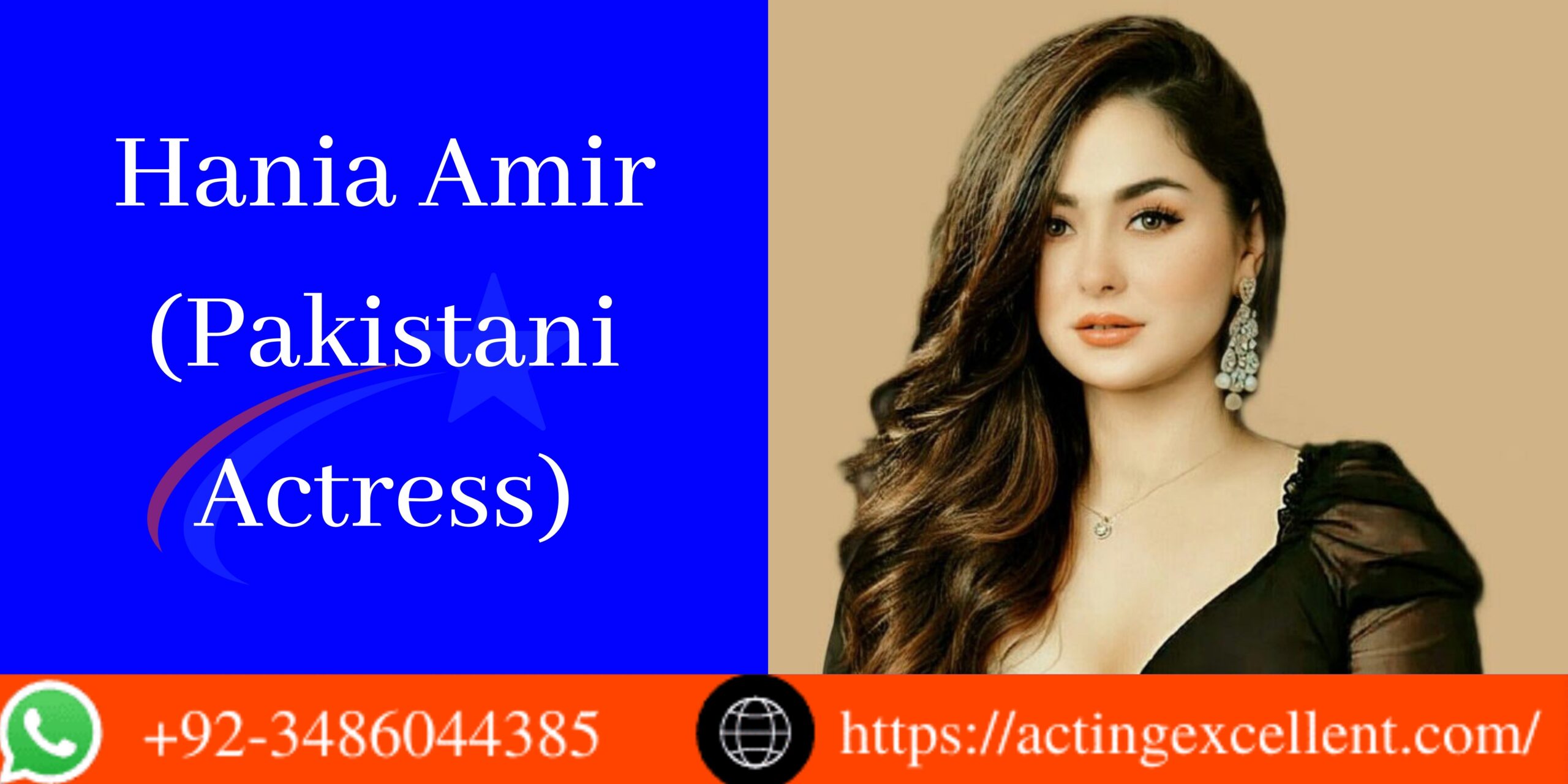 Hania Amir is a Pakistani beautiful and talented actress. She gained popularity and attraction not only from Pakistan but also from the rest of the world. She is a social media active actress and posted her active pictures and videos on social media.

She was born on February 12, 1997, in Rawalpindi city of Punjab, Pakistan. Her nickname is Hani and she is a Punjabi girl. She has black eye color as well as black hair. Her height is 5 feet 5 inches and her weight is 54kg. She is a Pakistani Actress, Model, and Fashion Designer.

Hania Amir persuades a Bachelor’s degree at the Foundation for Advancement of Sciences and Technology (FAST-NUCES). She was studying at National University when she got she started her acting career.

Hania Amir belongs to a very well-mannered and respectful family in Punjab. Her mother is a household woman while her father hails from the Muree side. She has only one sister who is 5 years younger than her and her name is “Easha”.

In the last few years, Hania was rumored to have a relationship with the Pakistani singer Asim Azhar. After some time she denies it in a live session with Aima Baig. In June 2021, Hania was trolled again after her video with actor Aashir Wajahat. After this controversy, Hania speaks up when a video of a man ejaculation on the picture of Hania went viral on the internet.

It was the time when Hania was studying at the Foundation for Advancement of Science and Technology when got an opportunity to give an audition for the role in “Janaan”. After the release of this movie, her Pashtun character was liked by the viewers and gained a nomination for the LUX Style Award for Best Supporting Actress. After her unfaithful wife role in “titli” of Urdu 1, she became beauty obsessed. Her performance in the drama serial “Phir Wohi Mohabbat” gave her more appreciation, attention, and popularity. In the same year, she played a comedian and bride-to-be role in the Pakistani film, “Na Maloom Afraad 2”. In the very next year, she played a role in “Parwaaaz Hai Junoon”.

Both these films rank high and gained much popularity among the highest-grossing films of Pakistan.

Hania Amir has worked in six movies till now.

In 2017, she showed her talent in the film “Na Maloom Afraad 2” as “Pari”. Hania Amir worked with the casting of Fahad Mustafa, Mohsin Ali Abbasi, and Javed Sheikh.

In 2018, she worked in “Parwaaz Hai Junoon” as “Sania”. It was the direction of Haseeb Hassan. It was an aerial combat war film featured with the Hamza Ali Abbasi, Ahad Raza Mir, and Kubra Khan.

In the same year, she had a special appearance in “Load Wedding” as Khalil’s love interest.

In 2019, Hania Amir played a role in the Pakistani film “Superstar”.

She has worked in so many television dramas where she is loved and appreciated by her fans and viewers.

In 2017, she played the role of “Naila” in the drama serial “Titli”. It was a romantic series on television whose story reflection was Beauty and the Beast. This drama was aired on Urdu 1 in which she played the role of an unfaithful wife. As a result of this series, she gained much public recognition and praise.

In the same year, she played the role of Alishba in “Phir Wohi Mohabbat”. It was a romantic drama serial and her performances make her to won the award of “Hum Award” for Best Television Sensation Female.

In “Mujhay Jeenay Do” she played the role of Saira. This was a Pakistani television series written by Shahid Nizami for Urdu 1.

In 2018, she played the role of Pari in “Visaal” aired on ARY Digital. It was the popular drama of this year in which Hania played a role of a girl next door.

She played as Mariam in a telefilm “Band toh Bje Ga”. This drama was released in 2018 in which she can be seen performing a great comic role.

In 2019, she played the role of Daneen in the Hum TV drama serial “Anaa”. It was a super hit and top-rated romantic drama serial of the year. Which Hania Amir can be seen to play the free-spirited role of Shergarh.

In 2019, she worked on a telefilm and played the role of Masha Rehman in “Pyaar Kahani”. It was a family telefilm having comedy and romance in it. It was directed by Aehsun Talish.

In 2020, she worked in a drama serial “Ishqiya” as Romaisa (Rumi) aired on ARY Digital. This serial was produced by Fahad Mustafa.

In “Dil Ruba”, Hania is seen as Sanam on Hum Tv. In drama was on air in 2o20 and was written by Qaisra Hayat. This drama had Romance, Drama, Comedy, as well as a show that faces social issues.

In 2021, she worked as Remail in a telefilm “Dil Ke Chor” and as Hala in a drama serial “Mere Humsafar” and Gul Meena in “Sang-e-Mah”.

She has done music videos in 2019. She sang OST “Pyar Hai Tum Se Magar” of her drama serial “Anaa”, with the collaboration of Sahir Ali Bagga.

In 2017, she was nominated for the “Best Supporting Actress” for playing role in the film “Janaan”.

In 2018, she was nominated for the Hum Awards for the Best Television Sensation Female for “Phir Wohi Mohabbat” and won the award.

In 2018, she was again nominated as the “Best Film Actress” for “Na Maloom Afraad 2” in International Pakistan Prestige Awards.

In 2020, she was nominated as “Best Television Actress” for the drama serial Anaa, by Pakistan International Screen Awards.