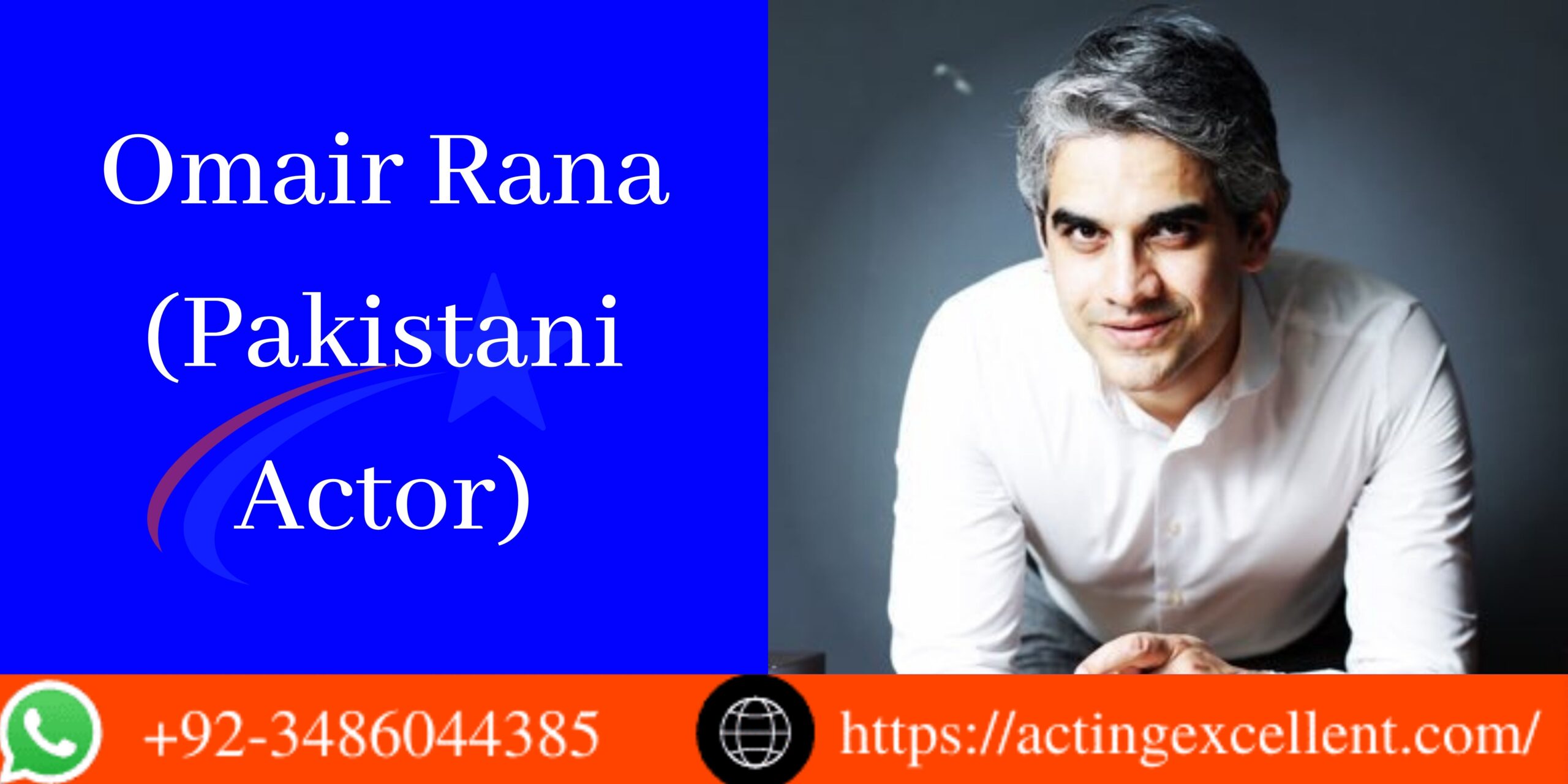 Omair Rana is a Pakistani actor and a theater director and was born on January 31, 1978. He also directs so many dramas in educational institutes. Some famous plays at the Lahore Grammer School (Johar Town Campus) are Life of Galileo in 2013 and One Flew over the Cuckoo’s Nest in 2014. His theater company was founded in 2000 and named “Real Entertainment Production”, where he has done more than 50 plays ever since.

Omair Rana started his early education in Al Ain, UAE. Al-Ain is an English-speaking school that played a great role in generating his great interest in theater. He also got much internship during the period of his career development. It includes the Lahore Chamber of Commerce. He has done Diploma in Economics and Management.

His brother’s name is Owais Rana.

Omair Rana is married to Maira Omair Rana on 13 December 2003. He had one son named as Rayaan Ali and daughter, Afia.

In 2005, he played the great role of “Bishan Singh” in the film “Toba Tek Singh”. This short film was based on the story of “Manto” and was directed by Afia Nathaniel.

In 2013, he was cast to play acting debut as “Rashid” in “Chambaili” directed by Ismail Jilani.

In 2013, he played a great soldier husband role in the short film 65. This film was directed by Steven Moore, based on the Pak-Ind War of 1965.

In 2014, he worked again as Rizwan Ahmed in the direction of Steven Moore.

In 2015, he was cast as Zarak Khan in the direction of Afia Nathaniel.

In 2016, a thriller action movie “Driven” was released in which Omair Rana was seen to show his acting skills.

In 2013, he acted as “Sir Chauhan” in the drama serial “Ullu Braye Frokht Nahi” which aired on Hum TV.

In 2014, he was featured in the drama serial aired on ARY Digital.

In 2015, he acted as “Zain” in the drama serial “Dilfareb”. This drama serial was aired on Geo Entertainment.

In 2015, he played the role of “Khalid” in the drama serial “Tum Mere Kya Ho” which aired on PTV Home.

This was the A Plus Entertainment production of 2016. In this drama serial, he played a role as “Sahir”.

In 2017, he played a great role of Sikander which was aired on Hum TV.

In 2017, he was cast on ARY Digital’s drama serial “Qurban”, which showed his skills as “Kaysar Khan”.

In 2020, he was seen in a super hit drama serial “Pyar Ke Sadqay” in which he played a negative role as “Sarwar” that was aired on Hum TV as well as PTV Home.

In 2021, he was seen at the start of the drama “Hum Khan Ke Sachay Thay” as a Cameo Appearance named Mansoor that aired on Hum TV.

In 2022, he is currently seen in viral and top-rated drama serial of Hum TV “Sang-e-Mah”. He can be seen to play a great role of Mastaan Singh.

In 2020, a web series named “Churails” was released on Zee5, in which he was seen to act as “Jameel Khan”, a role of husband of a lead character Sara.

In 2020, sexual harassment allegation came forward by some female student of Lahore Grammar School. They claimed that they are assaulted by most of the male faculty members of the school. Omair Rana was also implemented in this case. These allegations were based on some tweets. Later no witness came forward against Omair Rana as well as there was no proof against him.

In 2021, he was nominated as “Best Supporting Actor” for the drama serial “Pyar Ke Sadqey”.